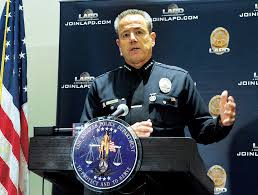 I am Mr. Simon Bae. (www.unitypress.com).

I'm getting a complaint from your staff again. was seriously insulted. 12 at 8 am yesterday. in the Koreatown area.

The fact of my damage was because a report that "there was a gun" in the car I parked was reported to the local police.

After receiving the report, the police... dispatched. It is the basic duty of the police. I admit it.

However, here the police make a mistake. I have experienced many police mistakes in these cases, and have suffered serious human rights violations and insults. Now they are trying to bring those police officers to court.

In other words, when the police were dispatched, my special car (PRESS PHOTO of a limousine car in 2001) and the media company name [KOREA UNITY PRESS] were attached to the vehicle, and especially in front of the steering wheel, [News Media] city hall + serif management A sign was placed.

ㅡ Then, the police should have searched the inside of the car after first telling the owner of the car (at least he had to be polite), "Your vehicle has a gun in the apartment...." (The report should have been carefully checked, such as the contents of the report and the identity of the suspect. It should also have been assumed that the reporter may have reported false information with resentment. The police should not act like a crazy bitch. You said you graduated from a police academy. Fire those police educators. Such an asshole is a professor. Taxes are a waste)

ㅡ Anyway, my car wasn't even equipped with a missile, but the police were heavily armed and two police cars and four Dongwon police officers rushed to the car... and searched the car unilaterally. Am I the Taliban, a violent criminal? At that time, many cars passed by us and looked at us.

As expected, the police searched my car for about 10 minutes, but to no avail. At that time, I couldn't contain my anger, so I kept thinking about whether I should shoot a police officer with a portable air gun...

ㅡ The search cop leaves the car door open.. Also, he pulls out two camera pedestals, which he judged as a gun, out of the car... puts them on top of the car and leaves. These fucking bastards! Shocked again by the style of these gangsters who aren't cops... I'm outraged.

I bring 4 cops to court. The police who didn't even arrest the heinous criminals, the comedy cops with two and three police cars running for patrolling shows and arresting homeless people, and some cops, if it tastes like police, now you have to see [The Reporter's Hot Taste]. Me too, a 46-year-old journalist, a special reporter fighting communist terrorists. I was constantly shocked by this type of cop in LA. There are many good cops, but these types of cops need to take off their cops.